1 Nenokkadine is not a Copy says Sukumar 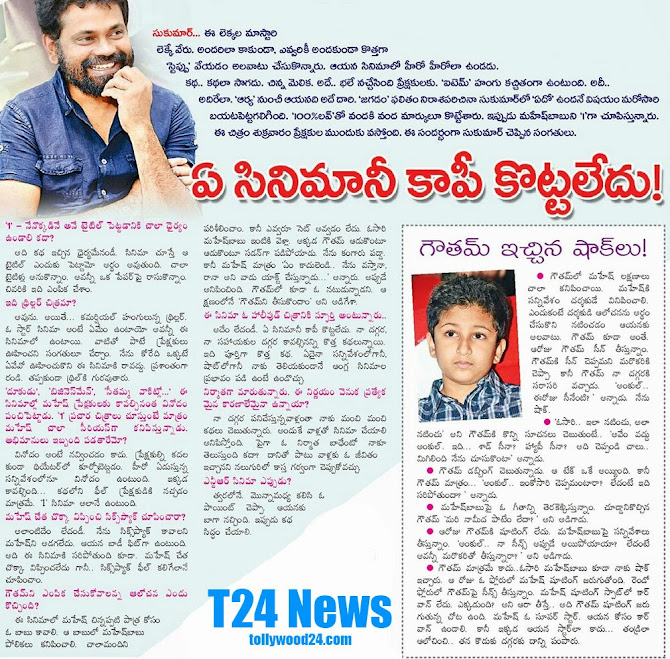 Mahesh Babu starrer 1 Nenokkadine is releasing on 10th January and the craze of the superstar is at peaks. 1 Nenokkadine releasing in record number of theaters worlwide.

Sukumar in a promotional interview said :- 1 Nenokkadine is the apt title for the film and the story is a thriller with all commericial elements.

Entertainment means not only comedy We should make audience not to move from their seats till the end of the film. There are no scenes of Mahesh babu with bare body to show off his six pack body. He looks tiff and enrgetic.

Gautam is a born actor and asks for improvisation for his own scenes if needed.

Finally Says:- Yeah NTR has okayed a script of mine and to work on the story soon.