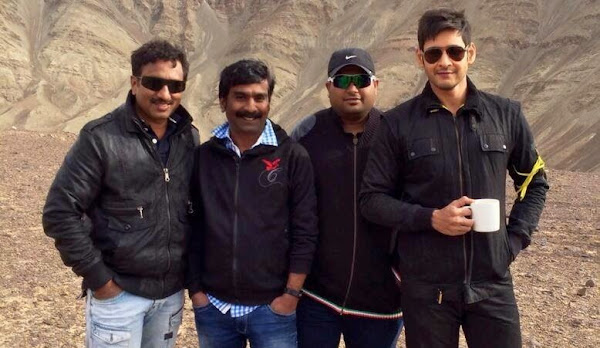 Mahesh Babu, Srinu Vytla's second combo film Aagadu is busy with its production at Ladakh meanwhile makers are set to launch first look teaser from Aagadu on May 31st.

Celebrating Superstar Krishna's birthday on May 31st, filmmakers planned to unviel the firstlook of Aagadu film along with few stills and posters of Mahesh babu in the movie. Right now a song is being canned on Mahesh babu and Tamanna in exotic locations of Ladakh.

Aagadu audio is planned for August 9th launch and film is slated for Dussehra release.