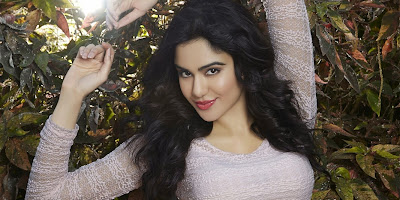 Adah sharma who stole all the hearts with HeartAttack is on a double bonanza . The cute beauty is on a high with two blockbusters Son of SatyaMurthy and RanaVikrama releasing on the same day Last time she had Hasee toh Phasee and HeartAttack releasing at the same time. This double release seems to be lucky for the actress yet again.

Her performance and looks have been appreciated in both films ,both films been declared blockbusters and the actress is gearing up for a busy year.

She is signed as the new face of a leading Saree brand and offers are pouring in from all industries. Adah will make her debut in Tamil this year. Not many know that the actress is a tamilian from Kerala.

From a horror look in 1920 to a bohemian look in Heartattack to traditional Indian look in Son of Satyamurthy to a college girl in Rana Vikrama to 60s retro look in Dhanush ad..waiting to see what next from Adah.