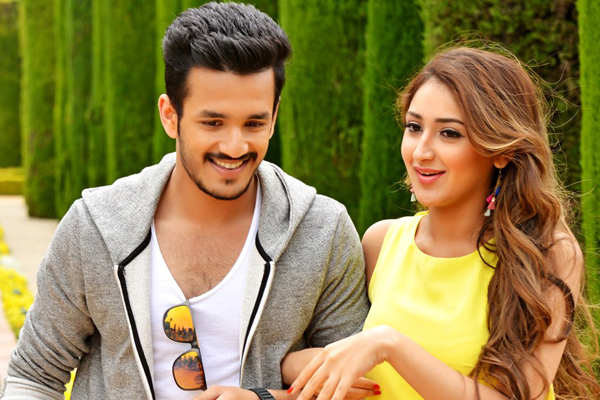 Akhil Akkineni has wrapped up his Intro Song for his debutant hero film in Tollywood. The song has been shot in Annapurna Studios.

King Nagarjuna was supervising every aspect of the film  making of Akhil's debut venture. As of the close sources, the intro song has come out very well and to be noted 3 Prominent Dance Masters composed the dance moves for this. Nagarjuna is quite happy with the output and thanked the unit.

Sayeesha Saighal is debuting as lead actress in Tollywood with this untitled film. Thaman and Anup Rubens are rendering tunes for this commercial action entertainer. VV Vinayak is the director and Nithin is producing this movie under Shresth Movies Banner.