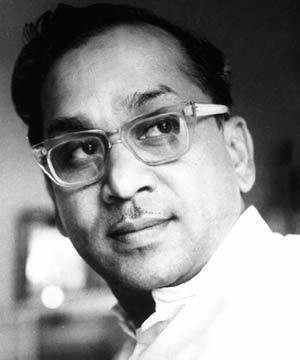 Legendary Telugu actor Akkineni Nageswara Rao passed away at a private hospital in Hyderabad at 2.12 am on Wednesday after battling cancer for several months. He was 91 and is survived by three daughters and two sons, one of whom is actor Nagarjuna.

Born on September 20, 1923 in Venkata Raghavapuram of Krishna district, this first generation actor in Telugu debuted with Dharmapatni in 1941. There was no looking back and he went on to showcase his skills as an actor par excellence in 256 films

The body will be taken to Annapurna studios owned by the family to enable his fans and film personalities to pay their last tributes. In a carrier spanning almost seven decades Nageswara Rao acted in around 250 films. He was currently acting in a film titled "Manam" which casts three generations of actors of his family.

Among the awards he has received in recognition of his work are Padma Vibhushan, Dada Saheb Phalke Award, the Raghupathi Venkaiah Award and the NTR National Award too. His death marks the end of another glorious, unforgettable chapter in Telugu cinema, an industry that makes the second largest number of films, next only to Bollywood.

ANR wrapped up his work with Manam that saw three generations of the Akkineni family including himself, actor Nagarjuna and grandson Naga Chaitanya in it.