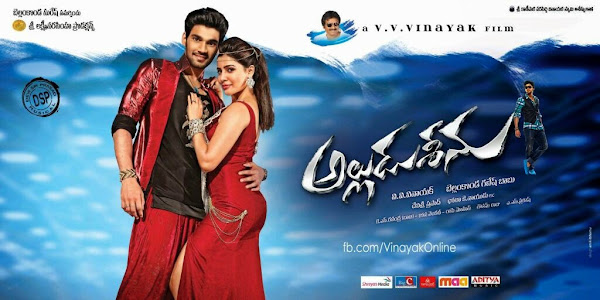 Bellamkonda Srinivas and Samantha starrer Alludu Seenu is busy with its post-production works and meanwhile the audio of the film will be released on June 29th.

Devi Sri Prasad is the music director of this comedy entertainer which marks the debutant of Bellamkonda Srinivas in to Tollywood. Tamanna has shaked legs for a special song in Alludu Seenu.

VV Vinayak is the director and Bellamkonda Suresh is producing the movie under Sri Sai Ganesh Productions banner.

Here is the Alludu Seenu tracklist