Anusuya Goes For A Makeover 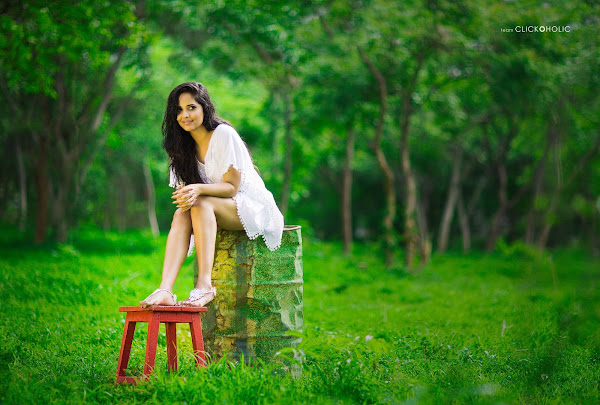 After making a big splash with TV shows like 'Boom Boom', 'Modern Mahalakshmi' and 'Jabardasth', Anusuya carved a niche for herself on small screen. Earlier this year, she surprised everyone with her performance as a police officer in 'Kshanam' and she was also appreciated for her role in 'Soggade Chinni Nayana'.

Recently, when Kshanam was aired on TV, Anusuya was flooded with messages from people, who couldn't stop raving about her performance. With a slew of TV shows and anchoring gigs, Anusuya's career is going great guns. Moreover, she's being approached for quite a few films and endorsements. She was recently signed up as the face of a financial institution which has its operations all over Andhra Pradesh and Telangana.

With so many offers coming her way, Anusuya has been upping the ante in terms of her looks and she has gone for a major makeover. She's currently in talks with few filmmakers and is likely to sign a film soon.

Anasuya in half saree at Maa Mahalakshmi