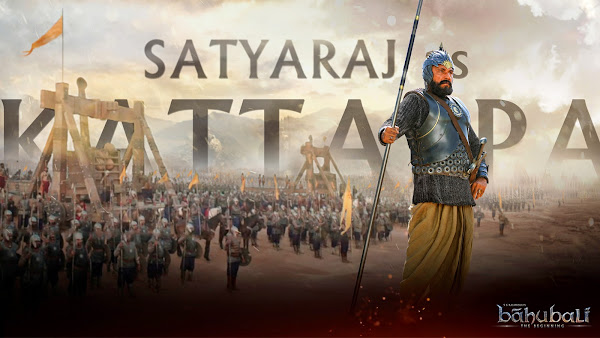 Over the past few weeks, the "Baahubali" team released posters of several characters from the film - so as to introduce the key players in the story. A hit with audiences across the country, every poster released till date has appeared on the ‘trending’ list on various social media platforms. Living up to the records set by the previous looks, the most recent poster of ‘Bijjaladeva’ also went viral on digital media nationwide.

A lifetime of living by the code of Honour…
Does it lift your chest high in Pride?
Or Weigh you down in Pain??
#Kattappa #TheSlaveWarrior #Baahubali #LiveTheEpic

The remaining characters' posters are to be released across the next few days leading to the trailer launch in Hyderabad on May 31st. “Baahubali” is a two-part period drama directed by S. S. Rajamouli and produced by Arka Mediaworks. The first part, titled “Baahubali – The Beginning”, is scheduled for nationwide release this July. The film's cast boasts of the popular stars Prabhas, RanaDaggubati, Anushka and Tamannaah.