A Movie everyone is most waiting for. The makers of Bahubali raise the excitement by revealing the behind-the-scenes of it.  Being extremely active in updating every little detail of the movie in their very own "Bahubali" website. Keeping the enthusiasm alive in the fans, by not leaving any social site behind.  With over 10k followers on Twitter and three lakh likes on Facebook, two million views in YouTube 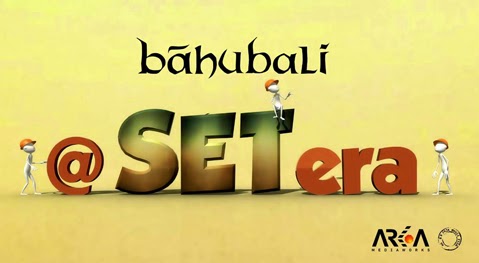 The movie is currently being shot in Ramoji Film City, maasive sets have been erected for a mammoth battle sequence is being shot on Prabhas. ction house. Director S.S.Rajamouli is going to use a record number of VFX shots for this movie. The film will have about 5000 VFX shots. Producer Shobhu Yarlagadda says that a record amount is being spent on Baahubali’s VFX work alone.

Its been over a hundred days since they've been shooting now, and its said to be working all through 2014, and get ready to hit the screens by 2015.