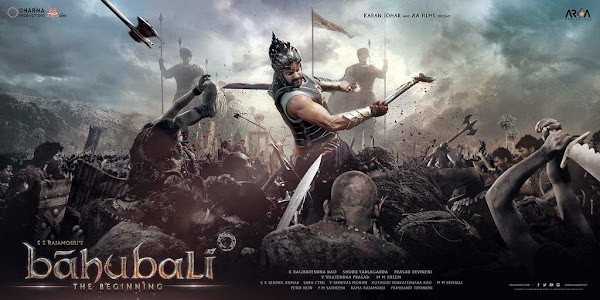 SS Rajamouli's magnum opus movie Baahubali first part Baahubali The Beginning trailer releasing in a grand way, makers of the movie releasing the trailer of the movie in theaters today (1st June 2015) at 10:30 Am, online version of the same will be released at 5 Pm in the evening.