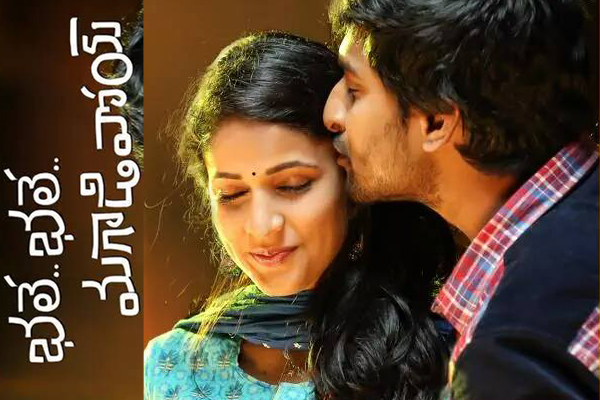 Bhale Bhale Magaadivoi, directed by Maruthi has been incredibly appreciated for its trailer just days after its release. While the audiences seem to be pleased with what Nani has to deliver in terms of comic timing, critics and celebs alike are going gaga over his performance and versatility.

One look at the trailer gives a peek into Nani’s contribution to the character with his manner, acting and dialogue delivery being top notch. Audiences are expecting for good measure, that the movie will be roller-coaster of laughs. Bhale Bhale Magaadivoi promises a refreshing concept with a touch of comedy for the audience, making it a movie to look forward to.

While the trailer is making heads of audiences and industry biggies turn with its presentation, the audio by National Award winner Gopi Sundar is also claiming the spotlight. His catchy and fresh numbers have become an instant hit with the Tollywood music lovers.

And adding more to the glitter are the two production houses making the film. Geetha Arts needs no introduction. Well known for delivering block busters and magnum epics, they've started GA2 Pictures to make Smart Compact Films. GA2 joined hands with UV Creations to bring this colourful flick to the big screens. UV has already made a name for its Midas touch , for everything it touches seems to turn into gold.

Set to release soon, Bhale Bhale Magaadivoi is on its way to entertain audiences through and through, besides being acclaimed for its clean and unmarked story-line.