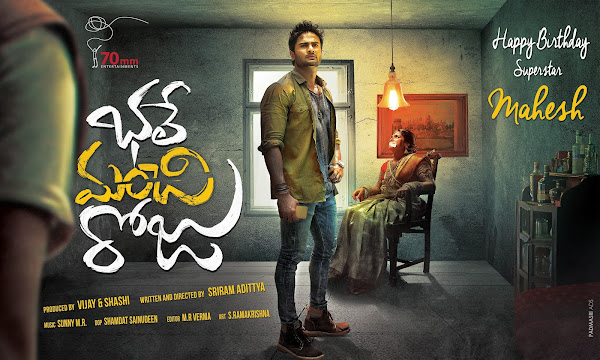 On the eve of our super star mahesh babu's birthday the producers vijay kumar reddy and shashidhar reddy on the banner of 70MM entertainments take this proud moment to release the first look of their film "Bhale Manchi Roju" directed by young and new director Sriram Adittya .The film is about interesting consequences faced by the protagnist in one single day.
The producers revealed that 80% of the shoot has been completed and will be released soon.The film has the one of the best technicians in the industry.The cinematography of the film is handled by Shamadat who excelled with films like vishwaroopam and uttamavilan.The music is handled by Sunny M.R. who gave musical hits like swamy ra ra and Rowdy fellow.The rest of the crew includes art by ramakrishna,dialogues by Arjun&Carthyk ,Editing by M.R.Verma and co-director Sriram Reddy