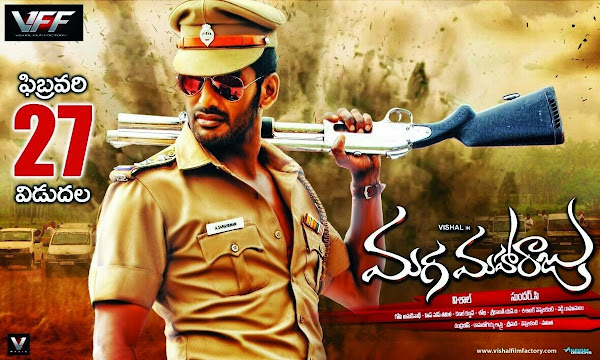 STUNNER!!! A Perfect word to delineate the star of box office!!! Creating the waves of sensational hits in Telugu with ‘Indrudu’ (Telugu dubbed version of ‘Naan Sigappu Manithan’ turning to be one of the year’s best hits, Vishal’s recent hit flick ‘Aambala’ gets ready for release in Telugu tomorrow (February 27) as ‘Mahamaharaju’ that is releasing in 475 theatres. This is a great record as the dubbed version has a huge mammoth release as the number of Telugu superstars.

Sundar C carving a niche for his commercial feast has once again proved of his victorious spell in box office with ‘Aambala’ and now it awaits the glorious throne in Andhra Pradesh as well.