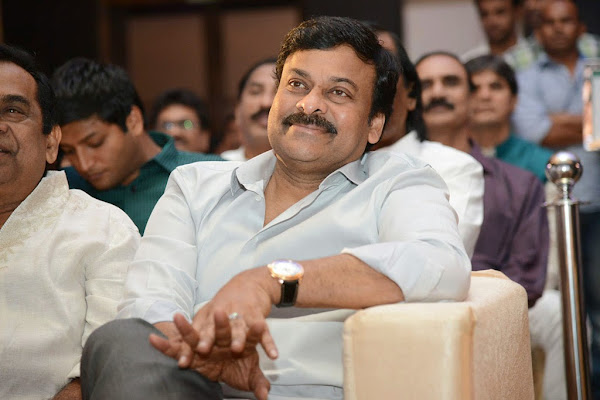 Megastar Chiranjeevi will start shooting for his cameo role in Ram Charan's Bruce Lee The Fighter from the 28th for three days. Megastar's involvement with this project has already created a lot of buzz and talks are that his role in the movie is going to be a pivotal one.

Megastar starts shooting on the 28th of September, which incidentally is also the release date of Ram Charan's debut film Chirutha in 2007. It will surely be a treat for Mega fans to see dad and son share the screen-space. As we already know Bruce Lee The Fighter is high on its style quotient with the lead pair Ram Charan and Rakul Preet looking spectacular in the Teaser and Song Visuals that we've seen so far. The same can also be expected in Chiranjeevi's look and appearance in the film. Sreenu Vaitla's shots are always known to be aesthetically perfect and the production house DVV Entertainments has left no stone un-turned in ensuring the highest quality of production value in terms of location, styling and visual appeal. Word is that they have spent an average 1.7 crores per song schedule which is a massive number, even in terms of Big Tollywood Films.