Chitrangada has 1 song to complete shooting 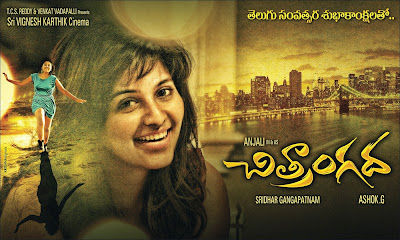 Anjali playing title character in the forthcoming film titled Chitrangada has completed its entire shoot except a song and currently post production works are progressing at brisk pace.
The last song shoot to be wrapped up shortly. Major portion of Chitrangada has been canned in America, Bangalore, Vizag and Hyderabad. This film is touted to be an horror thriller comedy entertainer. Sindhu Tulani, Sapthagiri and Raksha are playing other lead roles in this movie.
Chitrangada is being shaped up in the direction of Ashok J while tunes are by Selvaganesh and cinematography is by Balreddy. Gangapatnam Sreedhar is producing Chitrangada under Sri Vignesh Karthik Cinema banner.