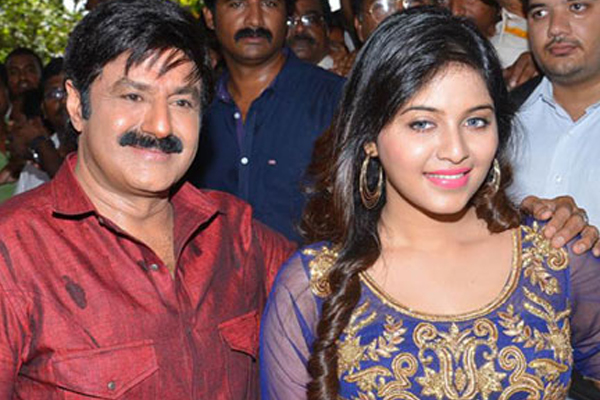 Eros International Media Limited (Eros International), a leading global company in the Indian film entertainment industry is happy to announce the successful completion of the first schedule of its Telugu production with Natasimha Balakrishna’s Dictator in Hyderabad. Produced by Eros International in association with Vedaashwa Creations, the film is directed by Sriwass whose last release Loukyam was a blockbuster hit. Writer duo Kona Venkat and Gopi Mohan have penned the story for the film. The announcement comes on the heels of Eros’ resounding success with the recently released Srimanthudu.

With this feature, the studio continues to make active inroads into the south Indian industry with feature productions in Tamil and Malayalam languages as well.

Commenting on the venture, Mr. Sunil Lulla, Managing Director, Eros International Media Ltd said, “Telugu cinema is going through an exciting phase and we are very happy to associate with the best talent in the industry. There is very fine writing and acting talent here with great stories being told. After the success of our maiden Telugu production, Srimanthudu, we are happy to share that the shooting part of our upcoming Telugu movie Dictator with Natasimha Balakrishna and Sriwass is going on in full swing. With Dictator, we aim to further expand and strengthen Eros’ footprint in south Indian cinema”.

Director, Mr. Sriwass added, “We are very happy to associate with a leading global studio like Eros International who, with their unparalleled strength in terms of distribution and reach globally, have created an enviable track record since inception. We have successfully completed the first schedule recently and I’m thankful to Eros for making available all the resources that I needed for filming. We’re now going ahead with full gusto for our upcoming foreign schedule in Europe where we will be canning some talkie, action and songs. I’m confident that Dictator will become a hugely successful milestone in Eros’ journey. Dictator is going to be an eye feast for the audience as we’ve got a great story that will be told with great production values.”

Dictator is a powerful action entertainer packed with lot of emotions and promises to be a feast for Balakrishna's fans. Apart from delighting the fans, the movie is also packed with elements and drama that will appeal to the family and youth audiences alike. The film is presenting Sri Balakrishna in a completely stylish role; that which the Telugu audiences have not seen till now. The film is being picturised in Hyderabad, Delhi and some locations in Europe.