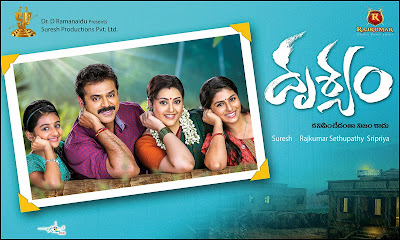 “Drushyam” is the official remake of Mohanlal’s 2013 - Malayalam Blockbuster “DRISHYAM”. For the first time, Venkatesh is playing the role of a middle-aged Father with two kids. What happens when a common man’s happy family faces a situation that threatens to turn their lives upside down. The film revolves around this situation.

Shot in beautiful locales around Araku Valley, Vijayanagaram, Hyderabad and Kerala, the Film is in Post-Production. Veteran Cinematographer S. Gopal Reddy handles Camera and Sharreth is the Music Director. Touted as a film for one and all, the film is set to release in July.