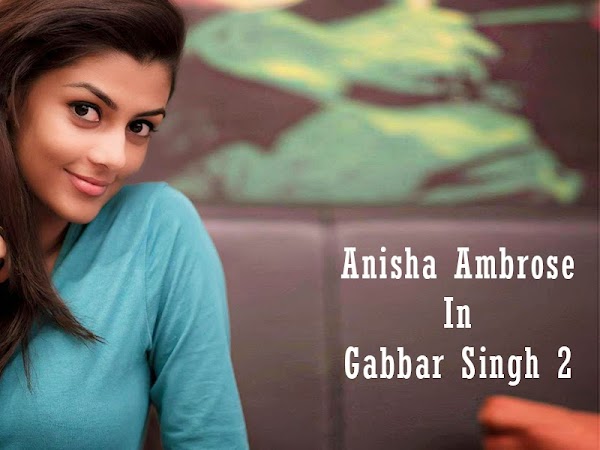 Gabbar Singh 2, the much awaited film of Power Star Pawan Kalyan is all set to hit the floors soon. The story has been conceived by Pawan Kalyan. It is also known that it was Pawan Kalyan who decided the name Gabbar Singh and added fresh elements to the maverick cop’s characterization that entertained audience all over the world. Right from the unique costume design of the cop to the popular Antakshari episode involving thugs and ruffians, it was Pawan Kalyan’s ideas that gave a new destiny to the movie.

Now, Pawan Kalyan is all set to recreate magic with Gabbar Singh 2, a love story laced with romance, loads of action and great humour. It is neither a prequel nor a sequel to ‘Gabbar Singh’.

Pawan Kalyan has been working on this script much before his political foray. The project was first announced with Sampath Nandi as the Director but as there was a delay in the start of the project due to politics and other reasons Sampath moved on to produce a film in his own banner and now to direct another project.

Keeping in view the entertaining character of the film, K.Ravindra (Bobby) has been finalised as the Director of the film.

After several auditions for the role of the Heroine Anisha Ambrose, a native Telugu speaking girl from the Telugu film industry has been found most apt.

Gabbar Singh 2 with no resemblance to either Dabangg or Gabbar Singh, would be a wholesome entertainer and will turn out to be yet another independent and entertaining film.

Cast includes Bramhanandam, Ali and Narra Srinu. Key additions from the Hindi film industry is to happen in the coming days. And of course, Gabbar Singh 2 cannot happen without Pawan Kalyan's favourites - the Antakshari gang.

Long time friend of Pawan Kalyan and accomplished Art Director Anand Sai will contribute to Gabbar Singh 2. Vincent who was also associated with Gabbar Singh is the Director of Photography for the film. Devi Sri Prasad will be the Music Director. Rajesh More will be the Costume Designer. Bhanu More is in-charge of pre-visualisation. Harish Pai a close friend of Pawan Kalyan and the first Dance Choreographer from Hyderabad will be the Creative Head for the film. The writing team is supported by Kishore and others.

Producer Sharrath Marar stated "Shooting will commence in December 2014 with a short schedule and the production will aim for a May 2015 release".

Gabbar SIngh 2 will be produced by Pawan Kalyan Creative Works and Northstar Entertainment in association with Eros International.