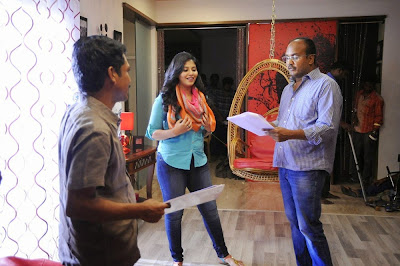 Anjali playing the lead role in the upcoming film Geethanjali is gearing up for its audio launch to be held on July 20th in Hyderabad.

A promo song on Brahmanandam has been unvieled on July 17th. Saitan Raj is the character played by Brahmi in this horror-comedy genre film. The audio launch of Geethanjali will be at JRC convention center.

Srinivas Reddy, Rao Ramesh, Ali , Harshavardhan Rane and others are playing important roles in the film. Praveen Lakkaraju is scoring tunes for Geethanjali while Raaja Kiran is the director. Kona Venkat is the presenter and MVV Satyanarayana is producer of the film.