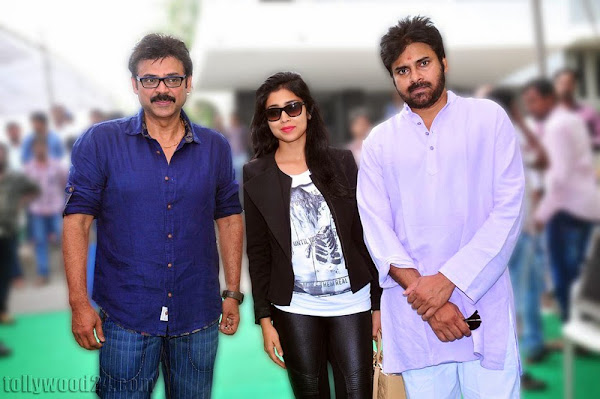 Power Star Pawan Kalyan, Victory Venkatesh and Shriya playing the central roles in Gopala Gopala film is all set to begin its shoot in June.

Meanwhile filmmakers are finishing up all other per-production works. Pawan Kalyan has alotted 20 Days of call sheets for Gopala Gopala film. Venkatesh is playing the role of a common man while Shriya as his wife and Pawan Kalyan as Lord Krishna.

Anup Rubens is roped in to score tunes for Gopala Gopala. Kishore Kumar Pardasani will be wielding megaphone for the film. Suresh Productions and North Star Entertainments banners are the production house of the movie.