Jadoogadu movie getting ready to release 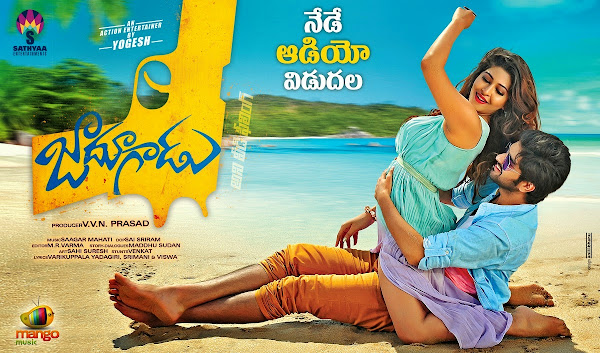 "JADOOGADU" An action entertainer in which Naga Shaurya plays an ambitious and a very street smart guy who makes his living by running a small time loan recovery business,he falls in love with a nurse being played by sonarika and the conflict starts when the local gangster played by zakir hussain come into their lives.

The film is being produced under the banner sathyaa entertainments by v.v.n.Prasad and directed by yogesh of "chintakayala Ravi" fame,starring naga shaurya and sonarika along with an ensemble of cast which has sapthagiri,srinivas reddy,prithvi,ajay,zakir hussain,ravi kale &kota srinivasa rao in key roles.

The film's audio is garnering all the attention for the popular songs it has and it is already in 2nd place in all the chart-busters.

The film is ready and slated for 3rd week of may release.