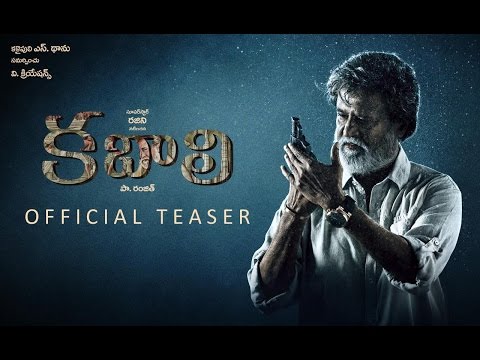 Super Star Rajinikanth's most awaited movie KABALI teaser released and became viral in minutes, it recorded more than 50000 views with in minutes and by half day it set a new record with 4 million views, Rajini looks truly mesmerising in the gangster film directed by Ranjith.

Radhika Apte, Dhanshika, Kalaiyarasan and Dinesh among others in the cast and has music by Santhosh Narayanan.

Producer of the movie S.Thanu has tweeted that the views of the Kabali teaser have crossed one million in one hour, and had 1.2 million likes in two hours, which has set a new record in the history of Indian cinema.

P.S: the records of views are for the TAMIL version of KABALI Teaser