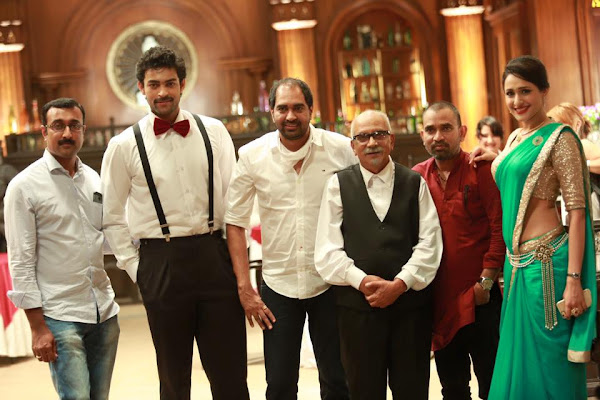 The audio album of the upcoming period drama 'Kanche' will be out on September 17th, on the occasion of Vinayaka Chavithi. The audio launch ceremony will be held in the city of Visakhapatnam, at the beautiful Port Stadium complex. A number of guests and the film unit will be a part of the event.

Visakhapatnam has a unique connection to World War 2. The city was the target of a Japanese Air raid and a number of bombs were dropped on the port city, to target Allied warships. A bomb failed to explode and it is still present in a museum in Visakhapatnam. 'Kanche' is set against the backdrop of World War 2, with Varun Tej playing the role of an Indian solider in the British Army. The team therefore selected the city of Visakhapatnam for the audio launch.

Bollywood music director Chirantan Bhatt has composed the tunes for this film and well known writer Sirivennela Sitarama Sastry garu has penned all the songs in this movie. This big budget film is going to hit the screens on October 2nd.

Well known model Pragya Jaiswal is playing the lead role opposite Varun in this movie. Jagarlamudi Sai Babu and Rajiv Reddy are producing the film on First Frame Entertainments banner. Aditya Music will be releasing the music into the market.