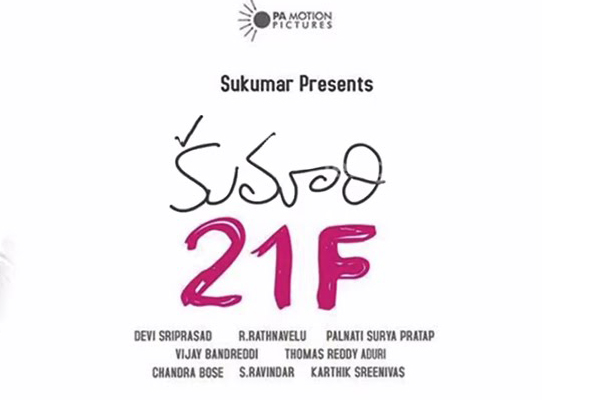 The unit has already completed filming four songs. Apart from being the producer / presenter of the film, Sukumar has also written the story, screenplay and dialogues.

Palnati Surya Pratap, who assisted Sukumar in his earlier films, is the director of “Kumari 21 F”. This film has cinematography by R Rathnavelu (of Arya, Robo, 1–Nenokkadine, Lingaa) and music is being composed by Devi Sri Prasad.

The unit has kick started and is executing post production activities in full swing and the producers are gearing up for release during dasara season in October.