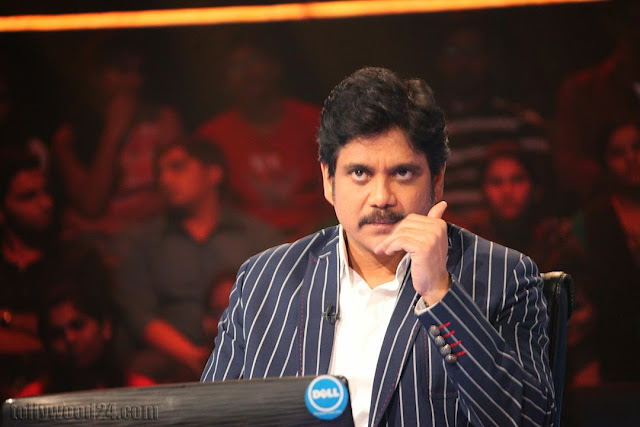 Meelo Evaru Koteeswarudu (MEK), the landmark game show on the Telugu Television screen, is all set to enthrall the audience once again.

The game show that was watched by over 4 Crore Telugu TV audience with highest ratings will begin on 8th December on number one Telugu TV channel Maa TV and will be telecast at 9.30 PM from Monday to Friday, five days a week.

The unprecedented emotional connect brought by Nagarjuna Akkineni, and his empathy and towering presence as the host made Maa TV to bring back the game show within 4 months of the last series. This is unheard of in the Indian TV space for this most popular game show format.

MEK has the distinction of bringing back the family and community viewing of television, the characteristic feature of 1980's. In the remote control dominating space of entertainment, MEK is a clean entertainer providing wholesome entertainment and caters to all emotions that television audience seek in any program.

Maa TV has conducted rigorous process of selection to shortlist the participants eligible to come to the hot seat out of the 34.50 lakh SMS & IVRS responses received through Call for Entry (CFE) that was conducted for 10 days from 9th to 18th October. The prize money that each hot seat contestant can win is up to Rs. 1 Crore.

Commenting on the re-launch of MEK, Mr. N Prasad, Chairman of Maa TV, said: “Maa TV is always in the forefront in offering vibrant, innovative and qualitative programmes. MEK is an incredible life changing game show and a testimony to the abilities of Maa TV in creating a positive social impact by rewarding the knowledge. It is a sense of satisfaction to Team Maa.”

The most successful international format game show is produced by Big Synergy.