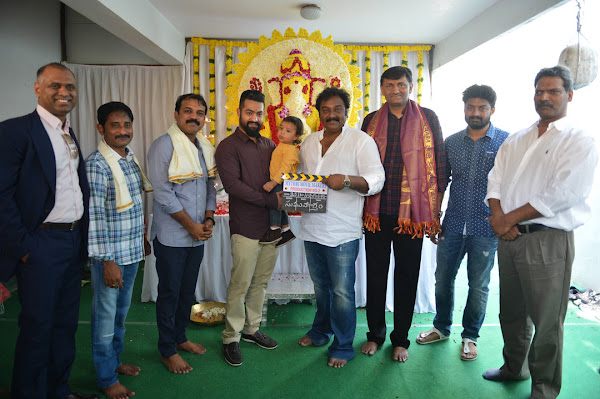 Young Tiger NTR and acclaimed director Koratala Siva are teaming up for a new project that will be produced by the prestigious Mythri Movies banner. The film was formally launched today with a pooja ceremony at the Mythri Movies office in Hyderabad.

Director Koratala Siva has made a mark for himself with blockbusters like 'Mirchi' and 'Srimanthudu'. He is extremely confident about this new project. "I have known NTR garu since Brindavanam days and he is a wonderful person. This is a very stylish and emotional action entertainer that will give NTR the kind of subject he deserves. He is a brilliant actor who can handle a range of emotions and this script will do justice to his talent. We are in the process of finalising the rest of the cast and crew. Regular shooting will begin in January and we are aiming for an August 12th release", he said.

Speaking at the launch, producers Naveen Yerneni, Y. Ravi Shankar and Mohan (C.V.M.) expressed their happiness. "We are delighted to produce this film with a brilliant actor like NTR and our director Koratala Siva has come up with a superb script. This is our second project with him after Srimanthudu and this shows how happy we are with his work. This film will be a milestone in NTR's career and we are aiming for a release on August 12th 2016", they said.