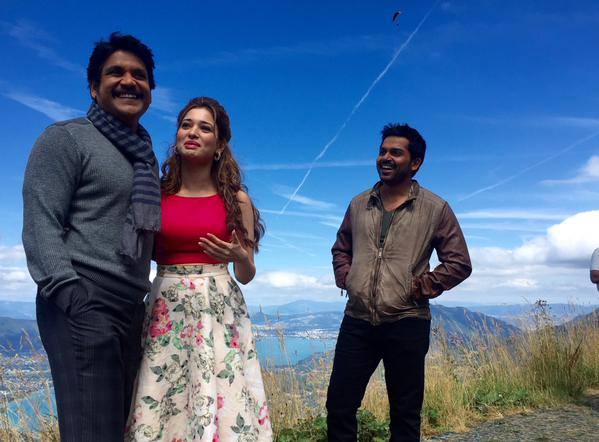 King Nagarjuna, Karthi and Tamanna playing lead roles in the latest bilingual film is currently busy with its shoot in France.

This untitled film is touted to be a comedy thriller. Vamsi Paidipally is helming megaphone for the movie which is said to be remake of Hollywood movie Intouchables. France schedule will be wrapped up 15 days where crucial scenes to be picturised.

Gopi Sundar is rendering musical scores for this untitled movie which will see its release in Telugu and Tamil. Prasad V Potluri is producing the film under PVP Cinemas banner.