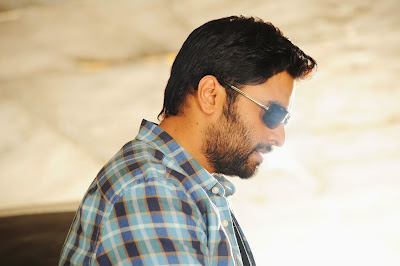 'Rowdy Fellow' produced by 'Moviemills & Cinema5' and touted to be the most expensive movie ever made in Nara Rohith's career, completes shooting. Shooting for the film has been going in Ramoji Film City and other parts of Hyderabad since October 2013, and recently a 22 day long final schedule of the film got shot extensively on various locations in Rajahmundry, Kolleru & Bhimavaram. The unit is heading to Sri Lanka later this month for two songs . The film has Nara Rohith & Vishaka Singh in the male and female leads with a lineup of other prominent actors like Rao Ramesh, Paruchuri Venkateswara Rao, Posani Krishna Murali, Gollapudi Maruti Rao, Talluri Rameshwari, Supreeth, Ajay, Ahuti Prasad, Praveen, Satya etc., in major and supporting roles.

Sunny, who's had two back to back hits with Swamy Ra Ra and Uyyala Jampala has composed music for Rowdy Fellow, and the country's leading playback singer, Arijit Singh, of Aashiqui 2 fame has sung all the songs. Rowdy Fellow will also feature an unused number by the late music director Anil Reddy who happens to be the younger brother of the film's producer, Prakash Reddy. The music launch of the film is lined up for May 25th 2014 to coincide with the late music director's birthday.

Producer Prakash Reddy says, "Rowdy Fellow will be a unique blend of action, comedy, drama & romance and will appeal to all sorts of audiences." He says that his director Krishna Chaitanya has a distinctive style and authoring vision which will dictate the personality, look & feel of 'Rowdy Fellow.'

Watch out for this movie coming in July 2014 and stay tuned for more info as it surfaces.