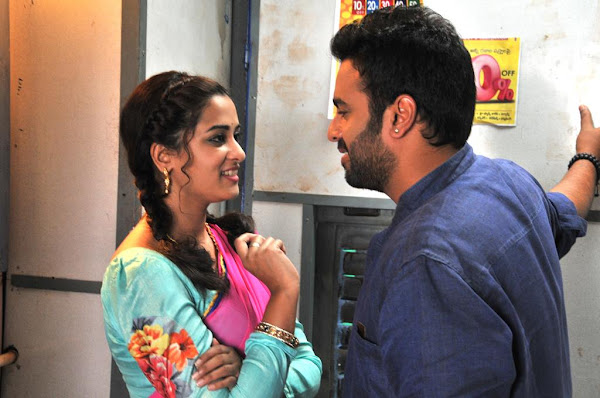 Nara Rohith has been making a name for himself as an actor who loves to experiment with new kinds of stories and characters. He is now busy with the shooting of 'Savithri', which has Nanditha as the heroine.

The movie is being directed by Pavan Sadineni, who gained acclaim for his debut film 'Prema Ishq Kadhal'. According to the director, 'Savithri' is a complete family entertainer that will have ample commercial elements. "Nara Rohith's look and body language will have a lot of freshness in this movie", says Pavan Sadineni.

The movie is being produced by Dr. B.V. Rajendra Prasad on Vision Filmmakers banner. "The first schedule has been completed successfully. We are going to start the second schedule from November 18th in and around Eluru. The film is being made with high technical values and we are looking to release the movie in early 2016. Nara Rohith and Nanditha's combination is a great asset for our movie", said Dr. B.V. Rajendra Prasad.