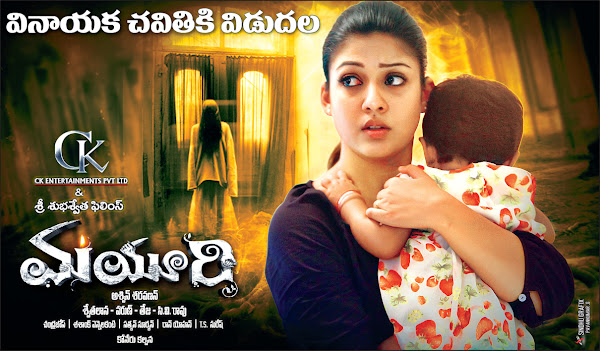 Nayantara and Aari playing lead roles in the upcoming film titled Mayuri is all set to release on September 17th.

The film is being dubbed in to Telugu and the rights are bagged by C Kalyan. Nayan will be seen in the character of a mother to a baby girl. Ashwin Saravanan is the director of this horror thriller which has been shot in record time.

Robo Shankar, Sharat, Lakshmi Priya, Mime Gopi and others are playing prominent roles. Ran Edan Yohan is the music composer while DOP is by Satyan Suryan.