Ntr Next movie with Sukumar shooting starts from April 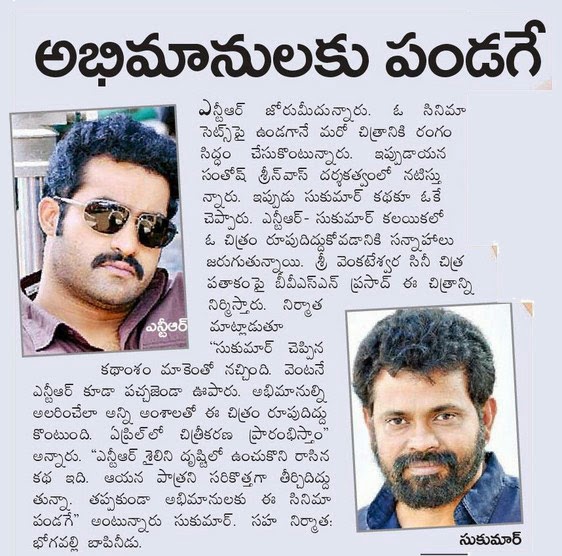 Announcing about the project BVSN Prasad said "After producing a blockbuster like Atharintiki Dharedhi, we are happy to announce that we are going to produce a big budget film with NTR and Sukumar will direct the film". Recently Sukumar narrated a story line to jr NTR and he was very much excited.