Trend of online release of movies catching up
Press Release: 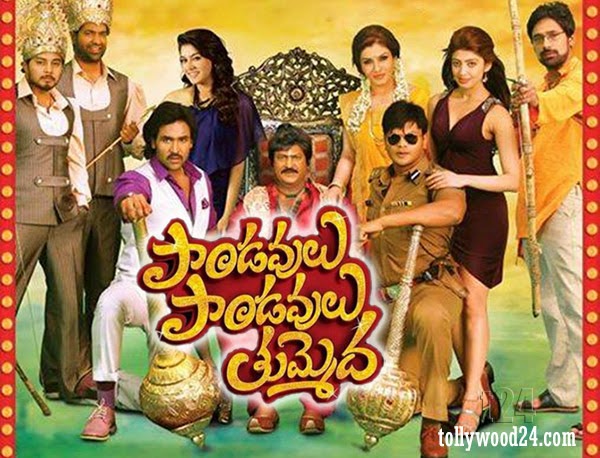 Hyderabad, 29 January 2014: In a bid to tap international audience, 24 Frame Factory is releasing Telugu movie 'Pandavulu Pandavulu Thummeda' online on 31st January along with its theatrical release. The trend of online release of movies is catching up in India. Pandavulu Pandavulu Thummeda (PPT) is the first big ticket Telugu film to be released across the world both in theaters as well as online on zingreel.com simultaneously. The film will be available online across the world excluding USA, India, certain parts of Australia and Middle East.

Zingreel is an exclusive online streaming service offering non-resident Indian movie buffs ‘desi’ entertainment. The movies can be viewed legally, in HD quality, from the comfort of their homes - the same day they are released “back home”, informed Mr. Mayurnath Puli, Founder of Zingreel. Unlike other streaming services, Zingreel offers movie premiers first day first show, he added.

Movies are an inseparable part of Indian psyche. They form an everyday part of our lives. Watching movies on the first day is a thrill. Those staying abroad feel they miss out the thrill. Zingreel provides a solution for NRIs missing out Indian movies for very economical prices. All they need to do is just book the movie on the website and enjoy the same from the comforts of their home on a computer.

Telugu Population is spread across the world and reaching out to this audience through theatrical release is very difficult. Filmmakers are finding out innovative ways of reaching out to target audience, and online is one of the best platforms. The movie can be watched by a family by paying just $6.99 in HD quality and that too legitimately. The movie can also be blocked in advance and early movers will get a flat $2 off too.

The time has come for the film makers to reach out to the audience at their own convenience through several platforms. Online movie release will also help film makers to monetize the content in those territories where it is not being released in theaters. This will help in curbing the piracy, informed Mr. Mayurnath Puli.

There has been a trend in recent times to release movies online – free and paid. Online releases were first ventured into by most amateur film crews for gaining exposure. And today major production houses are releasing movies online. In Hollywood many movies are simultaneously released in theatres as well as online, also some movies have premier show online followed by theatrical release. Some of the big movies released online on various platforms such as Zingreel include Alias Janaki, Manushulatho Jagratha, Love Life, Athadu Aame o Scooter, etc.