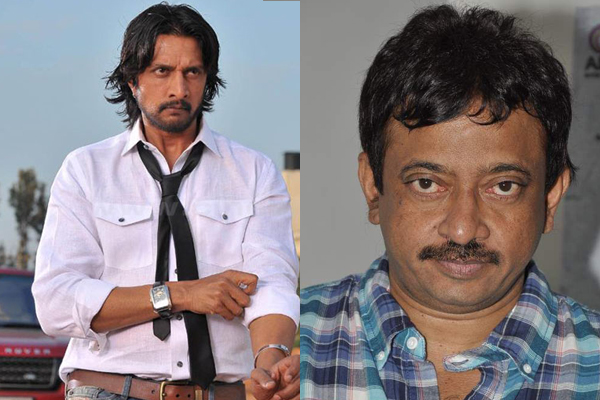 Ram Gopal Varma is now setting his eyes in Sandalwood as he is currently with the shoot of Killing Veerapan film.

Here is yet an another development that, Ram Gopal Varma is now planning for a new bilingual film which is titled as Appa. For which RGV roped in Kichcha Sudeep to essay main lead character. Appa film story deals with Muthappa Rai who is a notorious don.

Right now Killing Veerappan with Dr Shiva Rajkumar is in its hectic shoot schedules and once it is wrapped up, Appa film will commence its shoot.