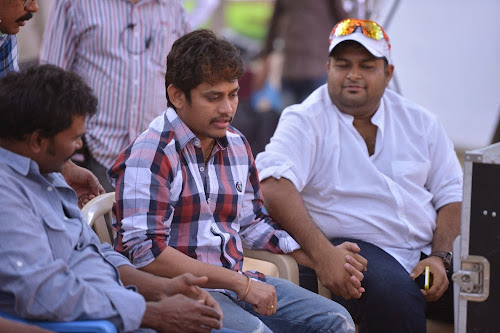 NTR's Rabhasa audio is gearing up for a grand gala audio release event to be held on July 27th at Shilpa Kala Vedhika in Hyderabad. Makers are making arrangements for the audio release function.

Rabhasa album has 6 songs in which Rakshasi Rakasi song has crooned by NTR and one song sung by Shruthi Hassan. Thaman is scoring tunes and Santosh Srinivas is the director of this film.