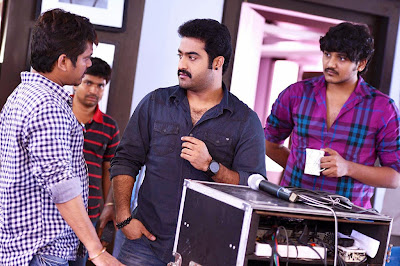 NTR, Samantha and Praneetha starrer upcoming action entertainer Rabhasa soon to wrap up its shooting as it is a song away to be completed shortly.

The film shoot has been delayed due to illness of the director. Rabhasa is touted to be a commericial comedy entertainer. Young Tiger NTR will be romancing Samantha and Pranitha Subhash in the film. Brahmanandam, Jayasudha, Nasser et all are playing important roles in the movie.

Shyam K Naidu is the lensman while music is by Thaman. Santosh Srinivas is the director of Rabhasa which is being produced by Bellamkonda Suresh.