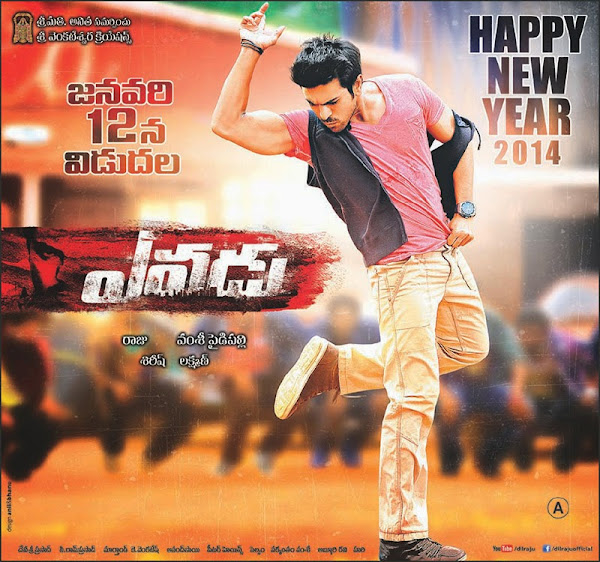 Mega Power Star Ram Charan's latest Telugu movie Yevadu is all set to release on 12th January 2014. Yevadu has been waiting since many days to hit the silver screens. It was first slated to be released in August 2013  but due to high alert situations in the state of Andra Pradesh, the release was post-poned.

Directed by Vamsi Padypalli and produced by Dil Raju under Sri Venkateswara Creations banner. With Devi Sri Prasad's composed audio . With Ram Charan, Shruti Hassan and Amy Jackson playing leading roles in Yevadu, Stylish star Allu Arjun & Kajal Agarwal will be making cameo,   which is said to come in advantage to the movie.

Dil Raju confirmed the news saying `This is a prestigious project for   the banner for which we are releasing the film right in time for   Sankranthi. We are happy with the output. The movie is sure to redefine   the word 'blockbuster'. Allu Arjun's ten minute presence will be felt   throughout the film. We are also planning to reveal a teaser on the 1st   of January and the theatrical trailer on 3rd of January.