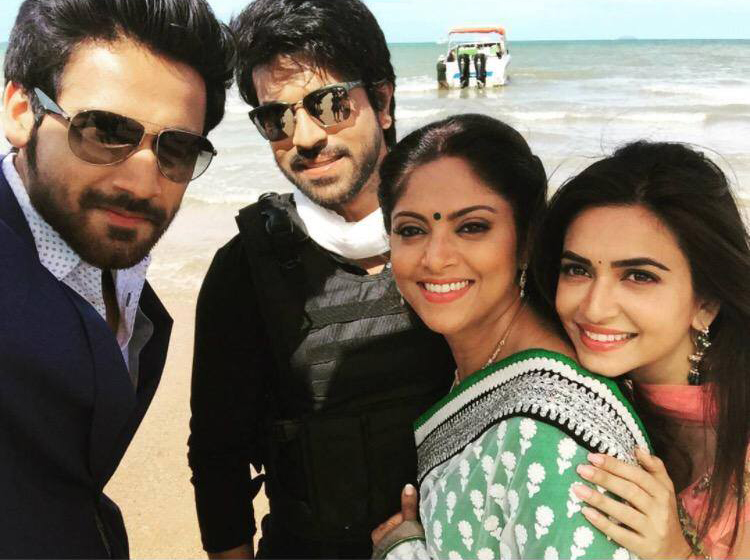 Ram Charan sharing screen space with Rakul Preet Singh in the forthcoming telugu film in the direction of Srinu Vytla is currently busy with its climax portion sequence being shot in Bangkok locations.

Srinu Vytla is making sure that it has all commercial comedy elements. Ram Charan has updated about RC9 in social networking site as " Shootin climax in Bangkok.workin for the first time with Arasu master & he is superb to work with..", In the present schedule couple of action scenes to be picturised Bangkok locations.

Kriti Kharbanda, Amitesh Pradhan and Nadhiya are essaying crucial characters in this untitled movie. SS Thaman is providing musical scores for this film and being produced by DVV Danayya.