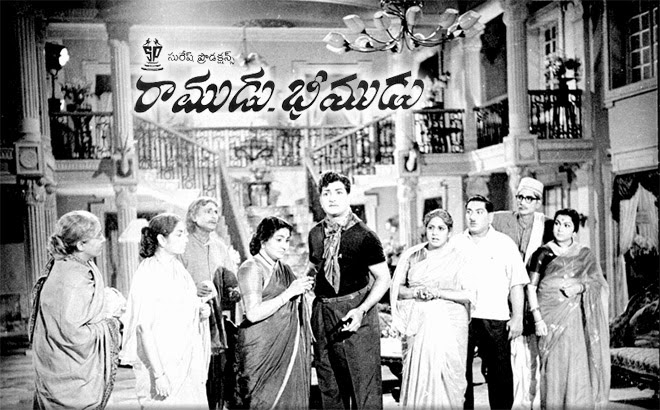 Suresh Productions is a banner with a rich history. The firm was started by Dr. Daggubati Ramanaidu in 1964 with the film 'Ramudu Bheemudu'. Suresh Productions has made an immense contribution to Telugu Cinema not only in the field of film production, but also in terms of infrastructure and distribution. The banner has produced over 150 films in 15 different Indian Languages, a feat that is unparalleled. The banner has completed its 50th year and it has produced some iconic films over the years. As a special tribute, we at Team RD are going to take you through some of the best films that came out of this banner.

This is the film that started it all. Legendary Telugu actor Dr. N.T. Rama Rao is seen in a dual role in this engaging family drama that was directed by Tapi Chanakya. Ramudu and Bheemudu are twins who get separated during the Godavari Pushkarams. While Ramudu grows up to be a timid fellow, Bheemudu, as the name suggests, is a strong and fearless young man. The film was made on a big scale with an ensemble cast, featuring actors like NTR, S.V. Ranga Rao, Jamuna, Relangi, Rajanala, Surya Kantham etc. Pendyala Nageswara Rao composed the music and the super hit song 'Undhi Le Manchi Kaalam Mundhu Mundhu na" is from this movie. The film was remade in Hindi as 'Ram aur Shyam' with Dilip Kumar.