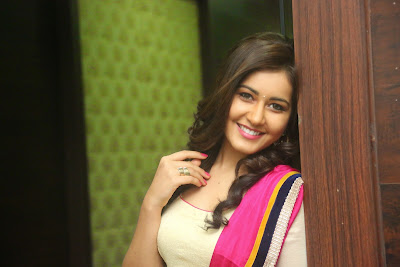 UV Creations has kick started a new film with Gopichand in the lead role. The film has been officially launched in the month of June.

Here is the latest update that, Oohalu Gusa Gusalade fame actress Rashi Khanna is roped in as lead actress in the movie. Makers are in plans to commence regular shoot of the movie in the month of August.

This will be second film of Rashi Khanna. Radha Krishna Kumar is debuting as director with this commericial entertainer. Other details of the movie will be announced soon.