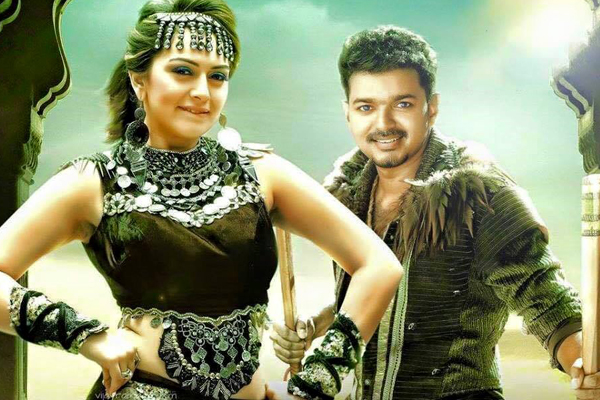 Kollywood Actor Vijay's next outing film Puli is in its post production works and makers are planning to release the film for this Ganesh Chaturthi.
Here is the latest update that Shoba Rani of SVR Media has bagged the telugu dubbing rights of Puli for a fancy price of Rs. 8 Crores. Currently dubbing works of this big budget fantasy entertainer are progressing in Hyderabad. Telugu version audio to be released soon.

Hansika and Shruthi Hassan are playing lead actress opposite to Vijay. Devi Sri Prasad is the music composer and Chimbudevan is the director of the film.