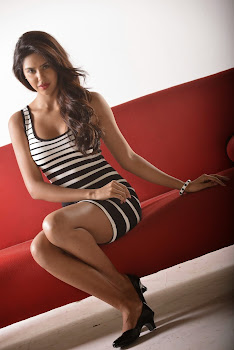 It is a rare occasion to find a film by a debutant director getting the attention of the entire film industry.The upcoming flick 'Kappal' directed by debutant Karthik G Krish is released by Ace director Shankar under his S Pictures after a long interval. The Rom-Com flick has Vaibhav , Karunakaran, VTV Ganesh, Arjun and the beautiful pujabi girl Sonam Bajwa as the female lead.

The Punjabi born Mumbai girl , with the dream to be a Miss India she graduated in Bachelor of Arts from Delhi University. Hailing from a family of School Teacher Mother and lecturer Father she always passionate posing for the cameras. She made herself into the finals of Miss India 2012. Although missed the title, the oppurtunities for ads and films started flooding her. With the experienence of two punjabi films , She is all set to mesmerize the tamil audience in her tamil debut 'Kappal' .

'The journey was quiet interesting right from getting selected in the audition that happened in mumbai to the audio release in chennai. Am glad that Karthik was satisfied with my performance at the audition and casted me in this film' says the debutant actress. 'Gymming and dancing are my hobbies and Actress Simran is my role model ', she added.

"Director Karthik, a talented man, friendly and a perfectionist. He was so encouraging at sets made me so comfortable with the scenes.", says the actress 'Vaibhav was so supportive. He one such a cool co-actor' says Sonam. Working in this movie and with Actor Karuna, Arjun and VTV Ganesh team was a fun to the core. She blushingly said ' Vaibhav got a scar from the numerous shots taken in an emotive scene where I had to slap him ' on sharing one of the on-spot Incidents.

'Kappal' is a kind of movie that would keep you engaged till the end. I played as 'Deepika', a bubbly and straight forward college going girl. 'The track 'Kadhal Casatta' is my favorite and it would definitely be a chart buster and the way it picturised with candies and icecream was memorable' she expressed. ' It was wonderful to meet actor Vikram sir and seeing crowd roaring for Vijay sir and his simplicity made me awestruck during the audio launch of the film' she added.

'Director Shankar releasing my debut movie is like a dream and Seeing AR Rahman launching my debut film's audio made me in Cloud nine', she wentoff with a beautiful smile.