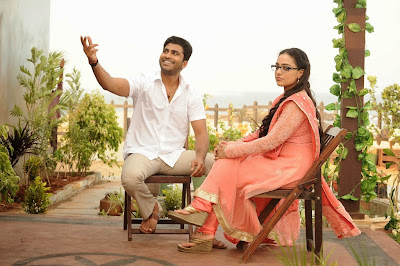 Producer K.S. Rama Rao said, "After a long time, our production house is coming out with a good movie. Director Kranti Madhav is doing a wonderful job to make the film into a wonderful love story film. We have recently completed the first schedule. The background sets of worth Rs 50 lakhs which were used in this film will be the special attraction. We have completed one song in the first schedule."

Director Kranthi Madhav said, "Sharvanand and Nithya Menon will appear fresh in this film. Their facial expressions will draw the audience's attention. The movie has a beautiful love story along with some family sentiments. Ramajogaya Sastri and Sahiti provided the lyrics. Burra Sai Madhav's dialogues gave life to this movie. We are very happy with the outcome of our first schedule."