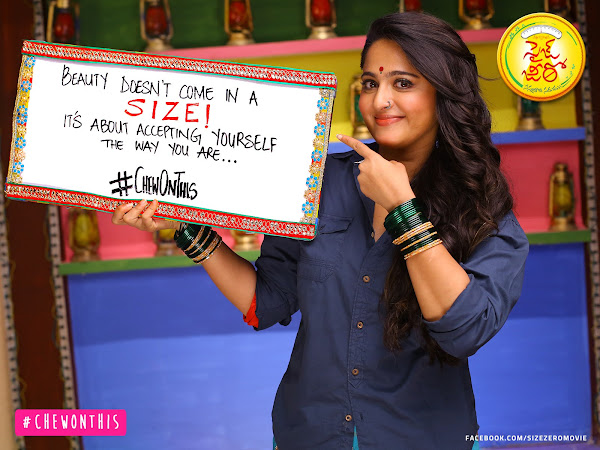 Anushka’s Hat trick Success Size Zero to release on 26th of November for Thanks Giving Weekend.

After enthralling the audiences with her angry determination in Bahubali and royal valor in Rudramadevi, Anushka Shetty is all set to entertain with her endearing personality and humor in Size Zero.

PVP Cinema, the producer of Size Zero, has officially announced the release date as the 26th of November in North America.

Size Zero and its Tamil version Inji Iduppazhagi are going to be released on a massive scale across the world on more than 1500 screens.

With back to back blockbusters Anushka has acquired the image of a superstar and it is a testament to her popularity that Size Zero is having such a grand release.

Thanks Giving weekend is one of the biggest weekends for movies in the USA and Size Zero is releasing on that blockbuster weekend.

The first look and teaser for Size Zero have generated tremendous buzz and there is massive expectation on this movie. PVP Cinema has ensured that the content will cater to the family audiences and lives up to its tag of the Biggest Entertainer.

Starring Anushka Shetty, Arya, Sonal Chauhan, Prakash Raj, Urbashi, Bharat and others, Size Zero is all set for a global release with premieres in the USA On 11/26/2015.