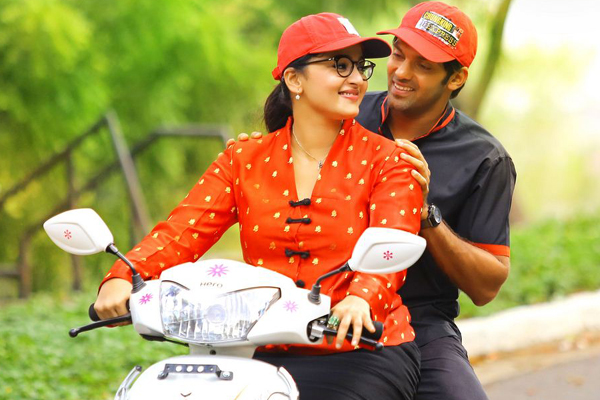 With more than 20 lakh views, the Size Zero/Inji Iduppazhagi teaser has taken the online world by storm. The quirky content, Anushka’s cute looks, lilting background score and the general feel good factor has propelled this teaser to be on the top of the youtube videos all over India. Added to being on the top, it was trending across the nation for two consecutive days.

The most surprising factor about this teaser is that despite stiff competition from other biggies, it held its own and raked up 2 million views. Industry experts, trade analysts and the general public predict that this is an indicator that the content is on its way to being a blockbuster because audience curiosity has been aroused.

The astounding success of Size Zero/Inji Iduppazhagi teaser can be attributed to the fact that this content elicited an emotional reaction and this teaser stimulated positive emotions thereby ensuring that it is more widely shared than others. Size Zero/Inji Iduppazhagi content makes viewers feel a positive emotion like awe and wonder at the manner in which a very glamorous heroine like Anushka Shetty transformed herself to slip into the character of her role.

Produced by PVP Cinema, Size Zero/Inji Iduppazhagi has Arya and Anushka Shetty in the lead roles supported by Sonal Chauhan, Prakash Raj, Urvashi, Master Barath and others. Prakash Kovelamudi is the Director of this movie with music by Maragathamani Keeravani and Nirav Shah handling the camera.