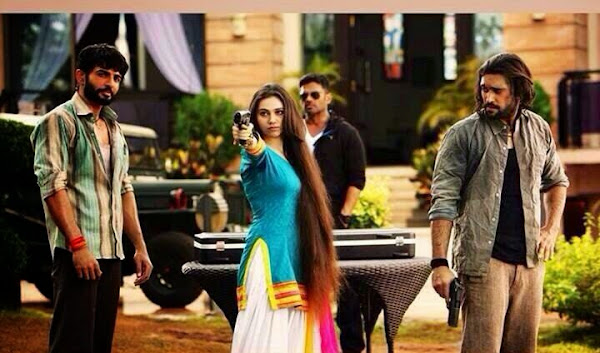 Game changers. Glam girls. Power players. Beauty with Brains. Here's to the resourceful, sensitive, soulful, gracious and confident women of Bollywood. They are the heart, face and soul of an industry. And yet, they lead their lives and career on their own terms and conditions. Whether it's respect, remuneration or reputation, they aren't second to anybody.

In Bollywood many actresses take challenging role here Actress Sasha Agha Khan recently join the list of brave actress. Sasha Agha Khan will seen in her action packed performance where she will be seen with guns onscreen and raising temperature is upped by quite a few degrees. But the new bee Sasha is not so familiar with Guns so Actor Suniel Shetty who is returning as an Army man who also doubles up as a shooting coach will become tutor for the lovely lady. Anna Suniel Shetty has a very pivotal role in the film. He is the one who spots my two key protagonists in the film, played by Akhil Kapur and Jay Bhanushali. DESI KATTEY movie is based on the world of gangsters and sports amalgamate to meet a common destination.

Excited Sasha Agha Khan said, "Guns are my secret desire and working with the master of action Suniel Shetty is really fun. I was little bit nervous but when you get tutor like Suniel sir nothing is impossible."