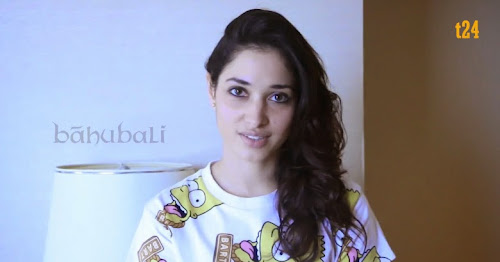 A special video of Tamanna has been unvieled by the makers recently. The actress is excited to be part of big budget period drama film Baahubali. Tamanna will be seen as love interest of Prabhas second role Sivudu in the movie.

Prabhas, Anushka and Rana are playing lead roles in Baahubali film. Music is by Keeravani MM and cinematography is by Senthil Kumar. Production is by Arka Media banner.

SS Rajamouli update on Baahubali shoot : Done with summer BREAK. Getting prepared for continuous schedules of Baahubali from tomorrow. Rehearsing with all actors, including Tamannaah, for tomorrow's shoot at Annapurna's 7 acres. Welcome AVANTHIKA to our sets.

Actress Anusha Photos in Half saree