Thank you for making Remo a success in Telugu-Dil Raju 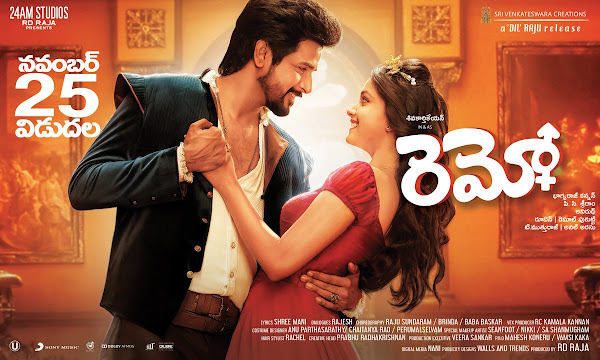 Presented by RD Raja under his 24 AM Productions banner, and released by Dil Raju under Sri Venkateswara Creations banner, Remo is actor Sivakarthikeyan’s first release in Telugu. Starring Keerthy Suresh as the female lead, the film is helmed by Bhagiyaraj Kannan and had a grand release on 25th November in both the Telugu speaking states.

And now, the film has not just opened to rave reviews but has also got a superhit talk right from the day of release. While the openings have been great, even the audiences have been appreciating the film  big time.

Speaking on the same, Dil Raju said, “I am really glad the love entertainer Remo has opened very well and has been getting great collections since three days. The film released on 25th. And even after the three days, the collections have been steady without a drop and the film is successfully running in the theatres. Despite the demonetization, the collections are impressive and I am very happy about it. So much that it has proved  to be a great debut for Sivakarthikeyan and I want to thank the Telugu audiences for making this a success.”

RD Raja shares, “Remo was a big hit in Tamil thanks to the entertaining subject. A good story, and new approach proved to be a great advantage and it looks like the Telugu audiences have embraced it too. We had the belief that the audiences here would like it but the openings exceeded our expectations. Before the release, we had expected that Remo would be a good entry for Sivakarthikeyan into Telugu cinema, just like we expected, the Telugu audience have shown him so much of love. I thank each and everyone who is part of the success."