The Take Over Documentary at Cannes 2016 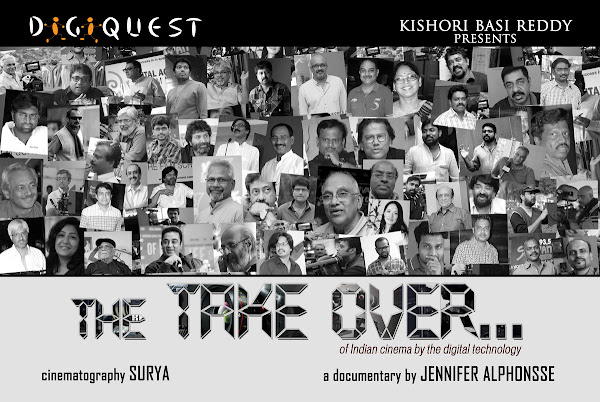 Our very own Hyderabad Filmmaker Jennifer Alphonsse's Documentary called "The Take Over" is selected at Cannes Film Festival this year at the Short Film Corner, this is the second time that her Project is been selected at Cannes, in 2014 it was Strangerssss staring Bollywood actor Pitobash. earlier for her First short film called Kachra - Jennifer won 3 prestigious Golden Nandi State Awards and several other International Awards. her work spans a wide range of subjects, styles and techniques: documentaries, shorts, promotional, music videos, experimental and more! apart from English her films and documentaries are made in several other languages including Telugu and Hindi.recently she even won the Royal Reel Award under First Time Filmmaker section at Canada International Film Festival 2016 This Documentary is been Produced by Mr.Basi Reddy under Digiquest Studios, one of the pioneers in bringing digital medium in our Film Industry.

The Documentary talks about how Digital Medium has completely taken over the Film making process in India, In the west it happened long back but It took some time for the complete change to happen in India. its a conversational documentary, around 80 technicians from Bollywood to Kollywood. few names to mention like Mani Ratnam, Kamal Hassan, Seengethan Srinivas, Suresh Babu, Santosh Sivan, Trivikram, K K Senthil Kumar, RGV, Rajeev Menon, Vikram Bhat and the list goes on. It's a much deserved entry into Cannes, Its very informative, every film lover must watch it.