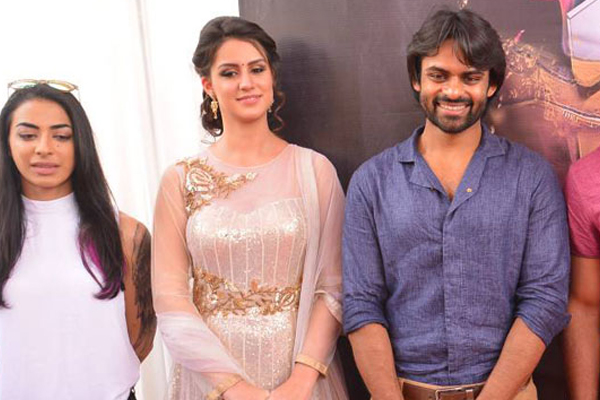 Sai Dharam Tej and Larissa Bonesi playing main lead roles in the upcoming film titled Thikka is all set to commence its shoot from August 10th.

Thikka is touted to be a fun filled comedy entertainer. Rajendra Prasad will be essaying Sai Dharam Tej's father in this movie. Larissa Bonesi is marking her debut in Tollywood with Thikka film which is being helmed by Suneel Reddy.

Entire shoot of the movie to be completed by the end of December. Ali, Rao Ramesh, Satya, Vennela Kishore, Posani and others are part of the cast. SS Thaman is rendering tunes for Thikka and DOP is by VS Gnana Sekhar. C Rohin Kumar Reddy is producing this film.