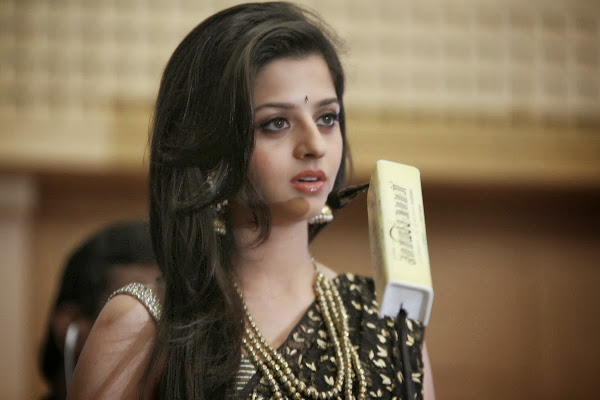 The "V" factor continues, Director Victor Jayaraj making his debut as a director with 'Vinodhan'  produced by Prabhu  Deva  Studious was searching a perfect pair to play opposite the debutante Hero Varun grand son of the late actor Isari Velan. His search came to an end with Vedhika. This had initiated the 'V' factor in this film. Vedhika was all praise for Director Victor Jayaraj.

"Victor approached me to narrate this script and when we met for the narration he enacted few scenes to me which were very intriguing.Even before he could conclude i gave my nod since i felt that i could see a new Vedhika in this film . The role is as challenging as Paradesi and Kaviya Thalaivan. I'm glad and I thank my stars that i get performance oriented roles in my career were i can exhibit my acting skills. Vinodhan is basically a psycho emotional dark flick. Victor sir is very demanding when it comes to the matter of performance and now me and Varun will be attending classes on this.This acting class will be for five five days as it will enhance our skills and help us to internalization of character, scene improvements and visualization techniques. I need to definitely say that one of my dream has come true, yes I'm a fan of Prabhu Deva sir and being roped in his production venture is something great in my career.Currently I'm shooting for my Kannada film, i will be joining Vinodhan from the month of September. Pretty excited too' says Vedhika with her ever infectious smile.